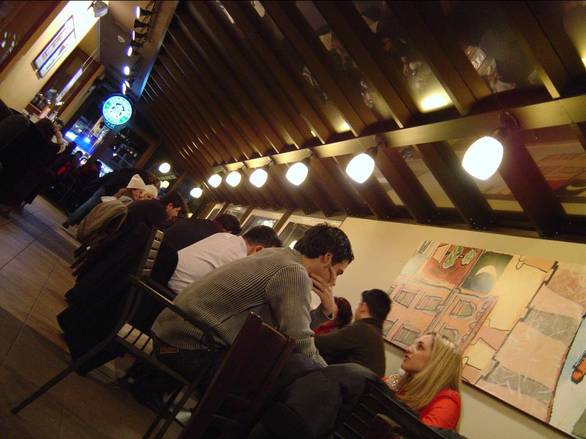 Cash might be dead, but credit and debit cards are still kickin’ as the preferred method of payment among consumers. Bitmo takes a look at why.

We don’t have to look at numbers to surmise we all have smartphones. The question is — how are we using them?

From the success of the Starbucks app to OS specific mobile payment platforms like Apple Pay and Android Pay, adoption rates remain indicative of growth opportunities. By simply adding credit or debit card information upon signup, app users can make mobile purchases without ever needing their wallets. The question plaguing both the fintech and retail industries is how to sell the value proposition to the public at large. Consumers who think paying with a phone is cool might not deem it necessary. Debit cards are just as fast and don’t cause a three-person pileup at the cash register when Near-Field Communication (NFC) signals fail.

They ask, if only in the back of their minds: “Do I really need another app?”

The data suggests most iPhone users don’t think so. Upon surveying iPhone 6 and 6 Plus owners, PYMTS.com reported that only 23.8% of users have ever tried Apple Pay as of June 2016. This number is up from 9% in November 2014 — 30 days after Apple’s launch. While the survey does not reveal the actual number of Apple Pay users, Bloomberg Business reports 12 million active monthly users — more than Android Pay and Samsung Pay combined.

In researching its own mobile payment products, Bitmo found that an overwhelming majority of smartphone users are familiar with their respective phone payment apps but never use them. It’s no surprise then, that 47% of people would prefer to use a debit card over all other available options at a retail store. What’s interesting is that the preferences for credit card and mobile payment app usage were nearly tied at 21% and 23% respectively.

When we understand, from a processing standpoint, the minute differences between each payment method, we’re better able to theorize why consumers don’t want to use the most sophisticated one — the mobile wallet. In today’s fast-paced society where instant gratification drives consumer decisions, we’ve collectively proclaimed that convenience, not cash, is king.

Why, then, aren’t mobile payments catching on more quickly?

While there will always exist a sort of Superfan — willing and eager to adopt all things Apple — the vast majority of people need a convincing argument — a legitimate reason to make the switch. And why wouldn’t they? This is people’s money we’re talking about. Security is a major contributor to success in the mobile market.

“I don’t believe that mobile payments are secure and will not use them. My debit card is double-backed by my financial institution and is extremely proactive in protecting my assets and identity.”

“I don’t trust having my payment info on my phone due to risk of theft.”

Looking back to the PYMTS survey, we find other hesitations. Of iPhone users who had never tried Apple Pay:

· 47% stated they were satisfied with their current payment method

· 25% were unfamiliar with how Apple Pay works

Even the simplicity of electronic funds transfers between friends and family appeared to be low priority among Bitmo’s focus group. When asked how they’d like to be paid by a friend or family member who owed them money, 65% of surveyors said they want cash. The least preferred methods? Venmo and other mobile payment apps.

If we look to Starbucks as a model (and we should), we can reasonably deduce that consumers love their rewards — especially at places they’re already frequenting. With its cult-like following, Starbucks recognized the need for convenience by giving customers the ability to preorder for “jump the line” benefits along with monetary incentives in the form of free food and drinks based on total dollars spent. Latte-sippers the world over simply need to add a debit or credit card number to the app to be rewarded for the coffee they purchase every morning anyway.

Bitmo’s survey revealed that 47% of people carry less than $20 in cash in their wallets on any given day. Most people prefer to use either a credit card for cashback incentives or a debit card for immediate withdrawal of funds from their bank account. While this data builds a case for mobile payments, there is still a disconnect with consumers using an app intermittently versus exclusively.

The Future of Contactless Payments

By the end of 2016, the total value of mobile payment transactions is expected to grow by over 200%. The question of whether we will ever completely convert to a mobile wallet is not a matter of if, but when. The real success of the mobile wallet will boil down not to exclusivity — but ubiquity.

Similarly, tech savvy consumers will need a network of friends on board in order to make the experience worthwhile. They’ll need more than just a coupon for $2 off a sandwich in order to keep shopping with their phones. Apps will need to find a way to make the experience highly-customizable based on P2P activity and user habits to include average transaction amounts and daily trends.

The key players of the fintech scene provide value to their users, but they aren’t doing enough. The service they provide is largely one dimensional.

Venmo puts a social spin on paying your portion of the bar tab.

Until consumers have an app that marries the concepts of convenience, security, and rewards-based shopping, they’re going to remain hesitant to leave their wallet at home for good. Starbucks has gotten it right thus far; but we can’t pay our rent with coffee.